Around 40% of all patients undergoing angiography are found to have normal coronary arteries or non-obstructive coronary artery disease (NOCAD). This often results in ongoing issues in accessing effective care and treatment. Four women confronted with inconsistent medical advice decided to take matters into their own hands by forming a patient group to bridge the knowledge gap (Figure 1).

The International Heart Spasms Alliance (IHSA) was officially set up in 2021 by Terri Shumaker, a single mother of two in the United States, Cindy McCall, an Australian nurse, Sarah Brown, a retired British midwife, and American Annette Pompa. It aims to advocate for people with heart conditions that are frequently undiagnosed/misdiagnosed and misunderstood by both patients and clinicians. IHSA was established on the back of popular social media support groups for people with microvascular dysfunction/vasospastic angina to present the ‘view from the bed’ rather than ‘the view from the end of the bed.’

Annette, who designs infographics for the group, first experienced fatigue and tightness in her chest as a busy mother of two in her early 40s. Despite going from a sporty, active woman to someone who was too tired to read her children bedtime stories, she was told she was too young and fit to have a heart condition. After failing to find a diagnosis, online research led her to sites and discussion forums for people with similar experiences. This information, and the support of a friend and cardiac nurse with similar symptoms, eventually brought her to a diagnosis of coronary microvascular dysfunction. ‘Once I was diagnosed, I thought there had got to be a lot more women my age with similar experiences, so I made a private support group and slowly started accumulating women and men with the same condition.’

Cindy’s journey started in her mid-20s, and it took 10 years and a heart attack before she was given a diagnosis of vasospastic angina and was able to stabilize her condition. As both a clinician and patient, she believes things are changing for the better. ‘I think it’s getting taken more seriously in the emergency room now. I know from my own experience as a nurse that there are a lot of people with vasospastic angina that don’t get recognised in an emergency situation and are still dismissed with anxiety or chest pain of unknown origin, so it’s really important to get the message out there.’

Terri, who does much of the organizational work behind the group, spent many years being dismissed by healthcare professionals. In 2001, she had a heart attack, and the attending physician was a cardiac specialist who was able to diagnose Prinztmetal’s angina. In spite of living with the condition, Terri works full time. By 2015 with worsening symptoms, she set up a support group on Facebook. ‘It was a last resort. I knew I needed to be in contact with people like me and although it took almost six months to get the first person to join, after two years we had around 2300 members. Cindy came on board to help after we got to 750 members.’

Not being listened to or taken seriously during emergency admissions to hospital is a common theme. Sarah felt particularly let down by the system when she developed shoulder pain that would not go away. ‘I was told to ignore it and I did until 10 years ago when I was rushed to hospital with a suspected heart attack but was told ‘you can’t be having a heart attack or angina because your coronary arteries have clear’. When she described her symptoms as ‘feeling as if my heart was in labour’ the attending clinician said coronary microvascular dysfunction might be the cause. Intravenous glyceryl trinitrate was then administered, and Sarah’s situation improved until the treatment was summarily withdrawn the following day on the grounds that there was no angina. This inconsistency of care happened on numerous occasions leaving Sarah exposed to intense pain and psychological trauma. In 2014, vasospastic angina was finally diagnosed during an angiogram when acetylcholine was used to provoke coronary vasospasms. With this diagnosis she was able to request an admission plan, which sets out how she should be treated by the hospital. Sarah says that the collective experience of the group has shown the need for a re-think of received wisdom and professional preconceptions. ‘We are asking cardiologists to think out of the box and to believe that it’s possible for people to have unobstructed arteries and angina and ischemia.’

The IHSA website was launched in March 2021 and has received over 17 000 unique page views. It is the result of 4 years’ work gathering information, expertise, and advice. The priority for Terri was to do something for future generations in the absence of other credible not-for-profit platforms. The website is written in plain English and is accessible to both lay people and clinicians with the emphasis on empowering those affected to have conversations with their healthcare providers with the benefit of evidence (Figure 2). 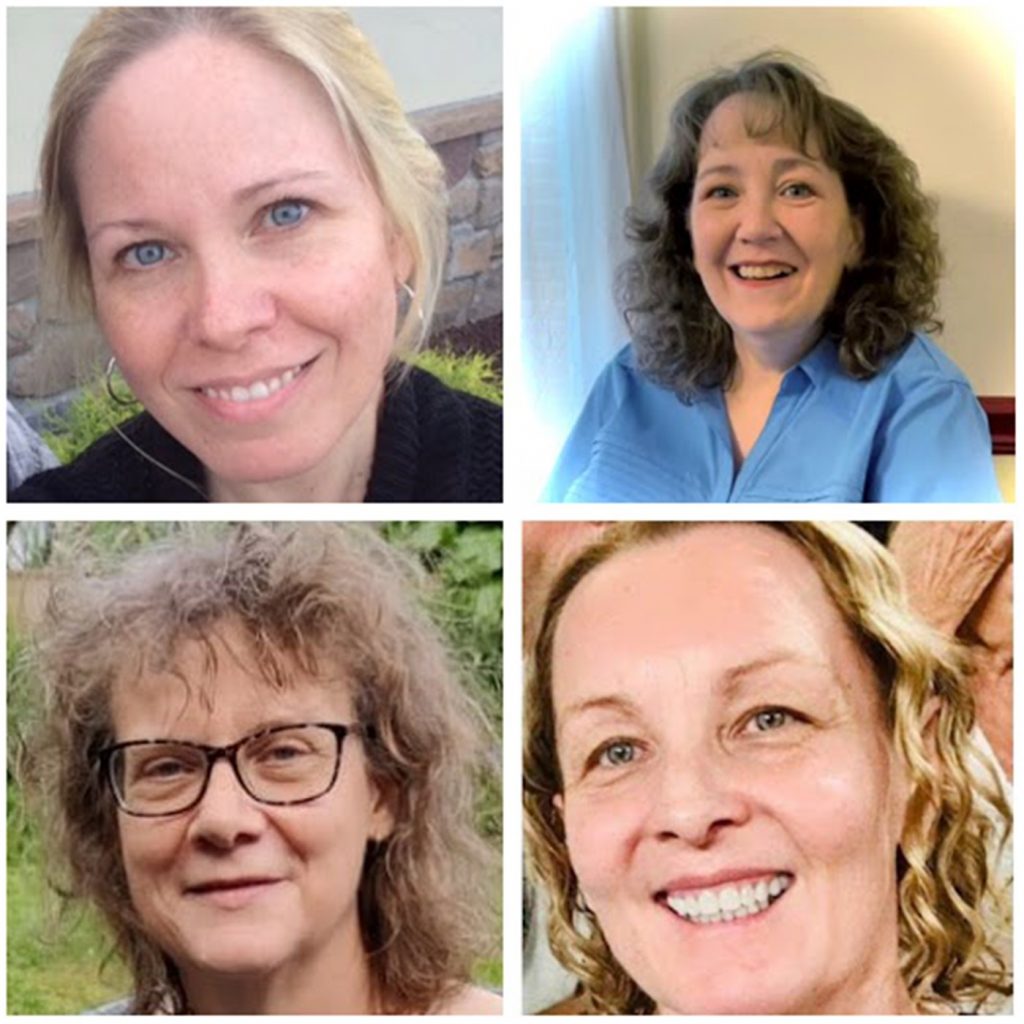 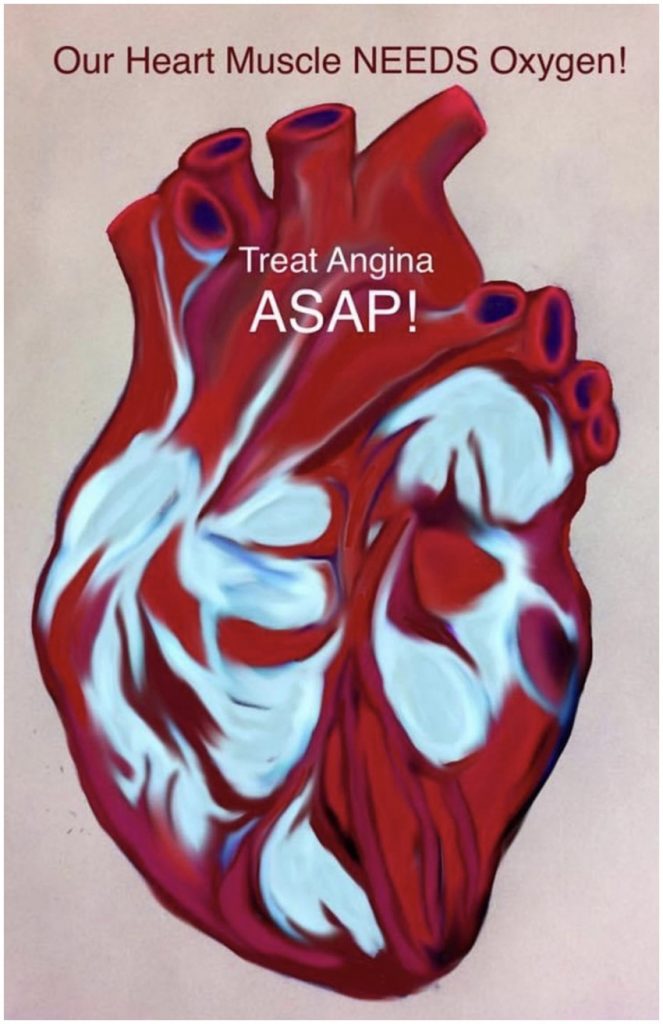 One of Annette’s eye-catching graphic images.

Annette says the driving force behind the group is to highlight a condition that is less understood and about which there is a fundamental lack of knowledge. IHSA draws strength from the 3000 people it represents and from the wealth of knowledge and expertise they share. Cindy believes that spreading the word and pushing for consistent testing are key to moving forward. ‘Although the condition was discovered in 1959, we have not advanced very far in that time and there is a real gap in gender with women disproportionately affected’. There remains no standard definition of microvascular dysfunction and vaso-spastic angina.

The group’s collective expertise and insight is getting recognized and they have been included on the Lancet Women and Cardiovascular Disease Commission’s website in a short video of Sarah describing how a coronary vasospasm feels. The Group has also been asked to provide the patient voice to a study by the British Association of Cardiovascular Prevention and Rehabilitation’s.

Sarah provides a patient perspective to the British Heart Foundation and spoke at the British Cardiovascular Intervention Society ACI Conference in April 2021. In the USA, Annette is a speaker for the American Heart Association and all these activities help promote the group and its aims. The value of their collective experience has also been acknowledged by eminent specialists such as John Beltrame, a professor of medicine at the University of Adelaide, Australia, and Peter Ong a consultant cardiologist at Robert-Bosch-Hospital in Stuttgart, Germany. The more that is understood by patients and health professionals, the women believe, the more everyone will benefit. Alongside better research into the condition, Sarah suggests that regional centres of excellence are needed with multi-disciplinary expertise and access to psychological support, rehabilitation, and pain management services. The current disparity of care means that some people get nothing, and others have to navigate their way through the system accessing pain services and psychological support where available.

Future plans will focus on listening to patient needs, promoting a diverse multidisciplinary network, getting involved in the education of healthcare professionals, and taking on an advisory role to research studies. Ultimately, the group wants every NOCAD patient to have a smoother journey and a timely, accurate diagnosis, be treated with respect, and receive evidence-based care with compassion.