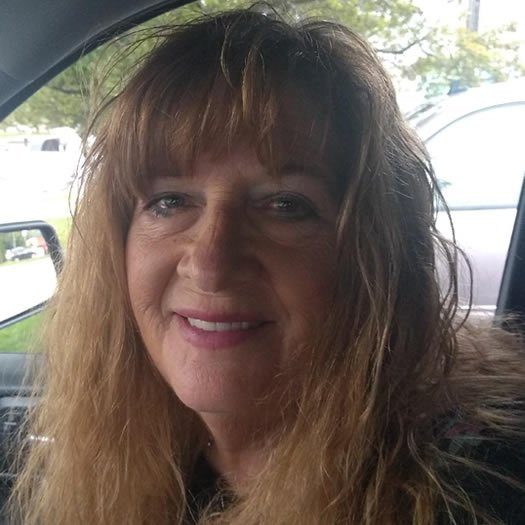 I had my first spasm when I was 6 years old. I was sitting in school when all of a sudden, I started sweating and had a flushing feeling throughout my body. I went blind in one eye for several minutes. I was quite scared, but I never told anybody. Those symptoms would continue, along with chest pain, for several years into my adulthood.

In my early 30’s, I started getting pain running down my right arm, along with the other symptoms, especially during any kind of exertion. I was very competitive and played a lot of sports, so this feeling happened quite often. I had always assumed everybody felt like me until I was in my early 40’s and decided to seek out a cardiologist. I was told my symptoms were not heart related.

I was too young, too fit, and was told that pain from heart problems travels down the left arm, not the right. I passed the stress test with only a minor oddity that quickly subsided and was told that women’s hearts act “funny” sometimes, so nothing to worry about. I was diagnosed with anxiety and put on Psychotic meds. They did not help but I was ignorantly grateful that there was nothing wrong with my heart.

My symptoms became worse over time, happening several times a day. I became sedentary as I was afraid to move. Any kind of exertion would cause chest pain. I gained a lot of weight, which only made things worse. At age 55, I went to the ER with extreme chest pain and a new symptom of shortness of breath. They did an ECG, which was good, along with blood work and my troponin levels were high.

With my family history of heart disease, they decided to do a catheterization. My arteries were found to be quite clear but one of my arteries spontaneously spasmed and I felt the familiar symptoms. My cardiologist had never experienced anything like it. My artery had clamped down on his probe. Nitro quickly stopped the pain, and I was given a diagnosis of Prinzmetal Angina (PA). YAY! A name for what I had been feeling my whole life. I wasn’t crazy! I was told it was very rare (about one in twenty-five thousand), so I looked it up on the internet, but they didn’t have a lot of information on it. And what they had was mostly misinformation. It said the condition was mostly benign, so I didn’t take it too seriously and didn’t always take my new meds.

The pain progressively got worse and then my spasms put me into arterial fibrillation with rapid ventricular response (AFIB/RVR). I was in the hospital a lot with that rhythm, and I was put on an increasing dose of a Beta Blocker to control it, but it never improved. Three years later while in hospital, after being in AFIB/RVR for 2 days, I had the worse spasm I had ever had. I went into ventricular fibrillation while my heart raced at 280 BPM. The cardiologist had me cough as hard as I could to jolt my heart back into rhythm but after a few minutes I felt myself drift away. I had gone into cardiac arrest. Meds, intubation, 3 shocks to my heart, and 10 minutes of CPR before my heart started again. Afterwards, I was in a coma and my family didn’t know if I had any brain function or if I was even going to survive.

After I woke, I continued to have spasms, while my heart rate was dropping into the low 30s. They put me on a helicopter to Mayo Clinic where there was a cardiologist who specialized in PA. Once there, it was discovered that my spasms were not only multi vessel, but they sent me into dangerous arrhythmias. I had many tests and was taken off the Beta Blockers as they felt it made my spasms worse. I was put on an array of new meds and had an ICD placed by my heart. I was told that I had one of the most difficult cases of PA they had ever seen. I was told: “You are one in a million, and that’s not a good thing”. After being sent home, I continued to have daily mild spasms, sometimes with AFIB/RVR.

Three years later, I had a constant pain in my back for over a month. I put it down to a pulled muscle in my back. The pain wrapped around and started squeezing my armpits. I took several nitros with no relief, so went to the ER. An ECG showed that I was having a STEMI. They did an emergency Cath and my arteries, again, were clear but “several inches of right coronary artery were in complete vasospasm” and I immediately went into Ventricular Fibrillation. When doc hollered for the paddles and told me to start coughing, all I could think of was “OH NO! Not this again!” Thankfully, after a few seconds I returned to normal rhythm on my own. They hooked me up with a high dose nitro drip and morphine, but that spasm ended up lasting 8 hours! I was in horrible pain the whole time. Once stable, they sent me home with a minor increase in one of my meds. I was very despondent.

I finally realized that maybe this condition was a lot more serious than I thought. I didn’t understand how my spasms could get so bad. After all, I had been to the best clinic, with the best doctors, and was on the best meds. Why was I still getting debilitating spasms? I threw myself a pity party for about a month and then I started researching my condition online. I found the Prinzmetal/Coronary Artery Spasm Support Group and immediately joined. There were others out there like me.

I gathered as much information as I could. I found that others had “triggers” that could set off a spasm. I kept note of my own and found that I had many triggers; more than most. Cold air and stress were the most common, but for me it was also too much exertion, loud bass music, over excitement, hyperventilating, hot humid weather, lack of sleep, eating too much sugar, caffeine, or alcohol. I started avoiding my triggers and started seeing my Cardiologist’s assistant. I asked him how many patients he had that had PA and when he held up 2 fingers, I knew were both going to learn a lot. He spent a lot of time with me and listened to my needs and, using information from the PA group, started changing up my meds.

I ended up having an ablation for my arrhythmias, went to mental health therapy to learn how to deal with the stress of having a rare and incurable condition, and was sent to cardiac rehab to find my exercise tolerance in a safe environment. I also started using my CPAP machine every night. Every increase or change in my meds took about 2 weeks before I would notice any improvement. It was trial and error until I finally went a whole day without a spasm. I thought it was a fluke. And then I went another day and then another. It’s been 3 1/2 years, and my spasms are still controlled. I take 40 plus meds and supplements daily. I’ve lost weight, try to eat healthy, and exercise (within my limits). I am 66 years old, and I can now do just about anything that a normal person can do.

For those struggling, know that there is hope with this condition.