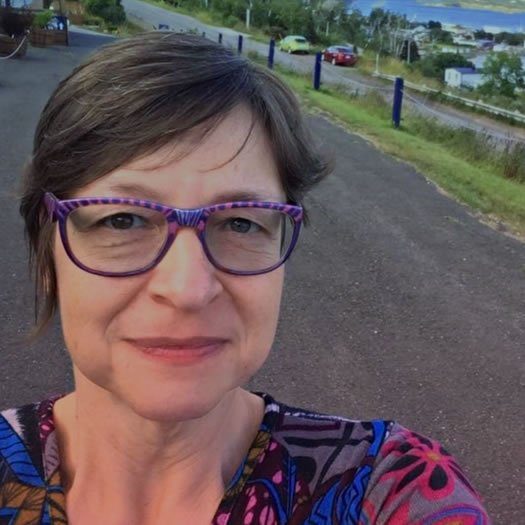 March 3rd, 2021 was the day that changed everything.

At 55, I had a busy counselling practice and a few other projects on the go. The pandemic was causing anxiety for many of my clients and in my private life.

I had a lot of stress of my own: there were safety issues in the building where I lived, and I was looking for a new apartment. Despite this, I thought I was handling it well.

I was fairly healthy, I walked daily, ate well, meditated and didn’t smoke or drink.

I started to experience heavy fatigue towards the end of 2020 but told myself it was normal considering all that was going on in the world.

On March 3rd, I felt unwell most of the day: headache, sore neck, nausea – and a weird pain in my left shoulder blade that had been there for a week or so. When the shoulder pain came on very strong, was accompanied by chest pain and a strange heaviness in my left arm, I thought it was a gallbladder attack. I texted a friend and she urged me to go to the hospital.

That ER visit turned into 11 days in hospital. I was told I had a heart attack (NSTEMI) and over the course of the next few days, it felt as if I had a different diagnosis every day: Takotsubo, MINOCA (Myocardial Infarction with non-obstructed coronary arteries), Coronary Artery Spasm, and Microvascular dysfunction. I continued to have chest pain daily and even at the time of discharge I was told: “We are not really sure what you have”. I was told I was ‘atypical’, that this happened to women my age, that it was by stress but that it could be related to perimenopause.

I was sent home with very little information. I was quite scared since I lived alone, was going directly from the hospital to a new apartment and didn’t know how to manage the pain. I had very little energy and had to hang on to the walls when I walked. I needed someone to be there when I showered, and someone to bring me meals, to do groceries and to do housework.

I was back at the ER four times between mid-March and June. No one could diagnose me for sure. I was told that the pain would go away in a couple of months, that it wasn’t dangerous and that I wouldn’t die. If they were wrong, it could be dangerous. More importantly, it felt dangerous.

My angina persisted daily for many months. I worked closely with my rehab team and cardiologist. Over the next few months, they monitored my hormone levels, and I had a head and neck CT to rule out a dissected artery. The CT and an MRI showed no issues with my arteries but found severe arthritis in my neck which could mean that Cervical Angina was also a contributing factor.

I was also taken off aspirin in case my condition was Kounis syndrome (Allergic angina). I was still experiencing spasms at night, so my medication was changed. This helped considerably and I went from 25 episodes a week to between 2-5. I started feeling much better and for a moment I thought – I am myself again. I was able to work about 10 hours per week.

The end of August came, and my symptoms returned. My fatigue increased. I was getting short of breath and could not walk very far. The pain was more frequent, particularly on rainy days. This resurgence of symptoms was disconcerting, and I felt quite depressed as I wondered if this was the way my life would be from now on and if I would be able to support myself if my condition didn’t improve.

This lasted until the end of September when I was prescribed antihistamines to help with the allergies (again in case it’s Kounis). Within a week, I was able to walk farther and was no longer out of breath. Though I have the occasional bouts of chest pain, it happens less and less frequently. My mood is better, and I am able to continue to work part time.

Though I don’t have an official diagnosis yet, I am in good hands with a team that is not giving up on finding a solution. I accept this is a chronic condition and doing my best to prioritize my health and happiness to better manage my energy and continue to have a good quality of life.