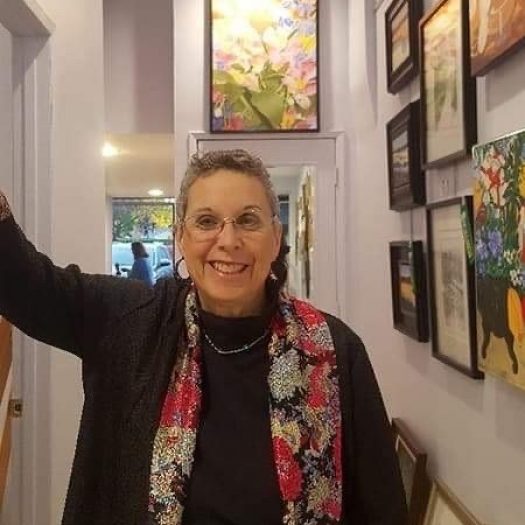 After numerous trips to the hospital, tests, and frequent heart attack-like symptoms, I was diagnosed with Prinzmetal Angina and placed on medications.

I lost weight. I exercised. I was finally feeling better. I even got back to my painting.

I began having horrible attacks of lightheadedness, excruciating chest pressure, weakness, headaches, and fainting. They always occurred during a restful period, either in the morning or at night. I started having these attacks daily.

I became terrified that my life was going to end this way and it would be sooner rather than later. I became bedridden for months while different medications and dosages were tried. Trips to the hospital continued.

Unfortunately for me, my journey with Prinzmetal Angina ran right smack into the middle of the pandemic, where we, solitary patients, were stacked up in hospital hallways. This was not life. It was just existence and I had to find a way to make it better.

I finally reached out to groups on Facebook and found a treasure of wonderful folks who had great information and a sympathetic ear. With their help, I gradually got stronger and less terrified. I realized that with a community of “fellow travelers” and reliable resources, I could find my way back to my life. I wasn’t alone anymore. I wasn’t the old, pre-heart attack Rene either but my “new normal” was something that I was learning to live with.